Join a House Church (virtual and in person options) for worship, teaching, and care. Info HERE

Discontentment with our Provision 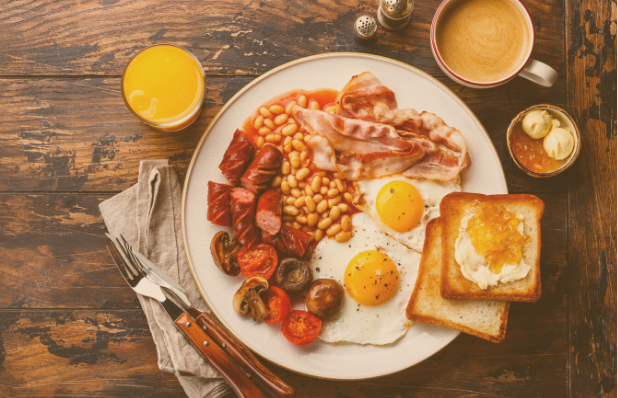 “NOOOOOOO, NOT EGGS”, “EWWW I DON’T WANT SOUP”, “CURRY, WHY DID YOU HAVE TO MAKE CURRY MOM”. Somehow, not 5 minutes after waking up, my daughter has decided that whatever I’m serving for breakfast (unless its pancakes!) is “disgusting”. Similarly, when its time for dinner – it almost doesn’t matter what I make, she informs me its her least favorite right now. Never mind, that eggs, soup, curry and a host of other things are all delicious foods that she loves and once she starts, she will eat happy as a clam.

Some days – it feels like my day is full with more complaints from my children then anything else. And on my more selfish days it can be easy to see this as a source of frustration, entitlement-(“Why don’t they appreciate me?”), or discouragement. Those of you who know my children would likely describe them as kind and sweet-hearted girls (and you would be right!). However, in the daily narrative I see unfolding at my house I see threads of the larger story of the hearts of humanity. When I am honest and look into my heart and life I see the same proclivity towards complaint- my husband, my children, my job, my church, my bank account, my house, my car, my clothing – could all be improved upon, and let me tell you, I know just how to do it!  Often, I complain without underlying thought of what this reveals about the state of my heart.

Lately, I have been studying the account of the Israelites after God delivered them from Egypt, during their time in the wilderness. Honestly, I often find both the Israelites and God’s response to them confusing and difficult to relate to.  For instance, in Numbers 11, we hear the story of how some of God’s people had grown tired eating Manna, they cried out to Moses, longing for their days of captivity in Egypt, where they at least had more variety in the diet. We read in N. 11 that “God’s anger was kindled against them.” He ultimately gave them what they wanted (meat), but it cost those who ate it their lives.

And the people rose all that day and all night and all the next day, and gathered the quail. Those who gathered least gathered ten homers. And they spread them out for themselves all around the camp. While the meat was yet between their teeth, before it was consumed, the anger of the Lord was kindled against the people, and the Lord struck down the people with a very great plague. Therefore the name of that place was called Kibroth-hattaavah, because there they buried the people who had the craving. Numbers 11:32-34

As I read this I am tempted to be frustrated with the Israelites, have they forgotten what God has done for them? God delivered them out of slavery, parted the Red Sea, told them of the “Promised Land.” What would I give to wake up and find a breakfast pastry (manna) waiting for me at the foot of my bed? But when I evaluate my heart, I see how much like the Israelites I truly am. I too have been delivered from slavery, promised an eternal inheritance that cannot be destroyed (1 Peter 1:3-4), and tasked to trust God’s provision until the promised eternity to come is a reality. Yet often in the deepest longings of my heart, I desire my own way, my own timing, I am discontent with God’s way. And then I complain.

On the other side, I sometimes find God’s response difficult to relate to. Travis would be the only one left standing in our house (including myself), if everyone who complained about their meals were struck dead! It begs the question, why is this particular sin met with such severe consequences by the Just Judge, who truly knows the hearts of man?

And then, I start to wonder, doesn’t the desire for what we do not have explain much of what we see in life and in our Bibles? Discontentment with God’s provision is basically the first and only notable contribution Eve makes to the narrative told in Genesis 3. If you read Exodus and Numbers, you see the majority of the time was spent addressing, discussing, and rebuking the complaints against the provision and timing of God. Proverbs 21:19 says its actually preferable to live in the desert than with a nagging woman (no woman of God has that on her coffee cup!). Fast forward to James 4 – he goes as far as to say “I know what causes quarrels between you”, which is a bold statement if you think about it… He’s addressing a large group of people – there is no way he knows all of the intricacies of the relational tension. But still he says, “You desire and you do not have.” This is what’s wrong.

Life, and our Bibles, are filled with examples of humanity distrusting the provision of God…save for One. There was One in our Bible who chose to make God’s way, His way. There was One who was not forced into the Wilderness like the Israelites, but left heaven for the wilderness of earth, willingly. While the Israelites (and we) demonstrated faithlessness in the wilderness, He remained faithful during his life in the wilderness. He submitted entirely – to the provision and timing of His Father God. Ultimately, God’s Provision and Jesus’s submission collide – and Jesus, enters willingly into a place drier than the wilderness and more desolate than the desert – on our behalf.  “For the joy set before Him, He endured the Cross” Heb. 12:1-2.

Permit me, just one more reference between the wilderness and the Gospel.

In Numbers 21 the Israelites were again complaining – why have you brought us here [the wilderness] to die? There is no food and no water, we loathe this food. As a response to their complaints, God sent serpents into the camp of the Israelites and simultaneously instructed Moses to make a staff with a bronze statue of a serpent on it. Anyone who was bitten, if they looked to the serpent would live.  This story has, forever, made absolutely zero sense to me. What I didn’t know, is that the most popular verse in the entire bible, is hyperlinked back to this story.

When Jesus was speaking to Nicodemus (pharisee and familiar with these stories). Jesus predicts his own death in this way:

And as Moses lifted up the serpent in the wilderness, so must the Son of Man be lifted up, that whoever believes in him may have eternal life.16 “For God so loved the world,that he gave his only Son, that whoever believes in him should not perish but have eternal life. For God did not send his Son into the world to condemn the world, but in order that the world might be saved through him. John 13:14-17

The Israelites needed only look up, to the image of what was killing them (poison from the snake) to live. On the cross, Jesus became what was killing us (sin), and we need only to look to Him to live.

Father, Jesus, and Holy Spirit. I am a person prone to complain, to distrust, and to desire wrong things. May I see those for the attack against the goodness of God that they are. May I also see the person of Jesus as the true Son that you deserve, and His death and resurrection my only hope. May his willing submission on my behalf overwhelm my tendency towards shame and regret. That instead I might look to Jesus and be a display of “the immeasurable riches of your grace in kindness towards us in Christ Jesus”.

But God, being rich in mercy, because of the great love with which he loved us, 5 even when we were dead in our trespasses, made us alive together with Christ—by grace you have been saved— and raised us up with him and seated us with him in the heavenly places in Christ Jesus, o that in the coming ages he might show the immeasurable riches of his grace in kindness toward us in Christ Jesus. Ephesians 2:4-7

Libby is a covenant partner at The Bridge Montrose and part of the Westside House Church. If you are interested in the study referenced it is “The Lamb of God” by Nancie Guthrie.

If you are interested in sharing what the Lord has been teaching you as a disciple of Jesus, please EMAIL US.